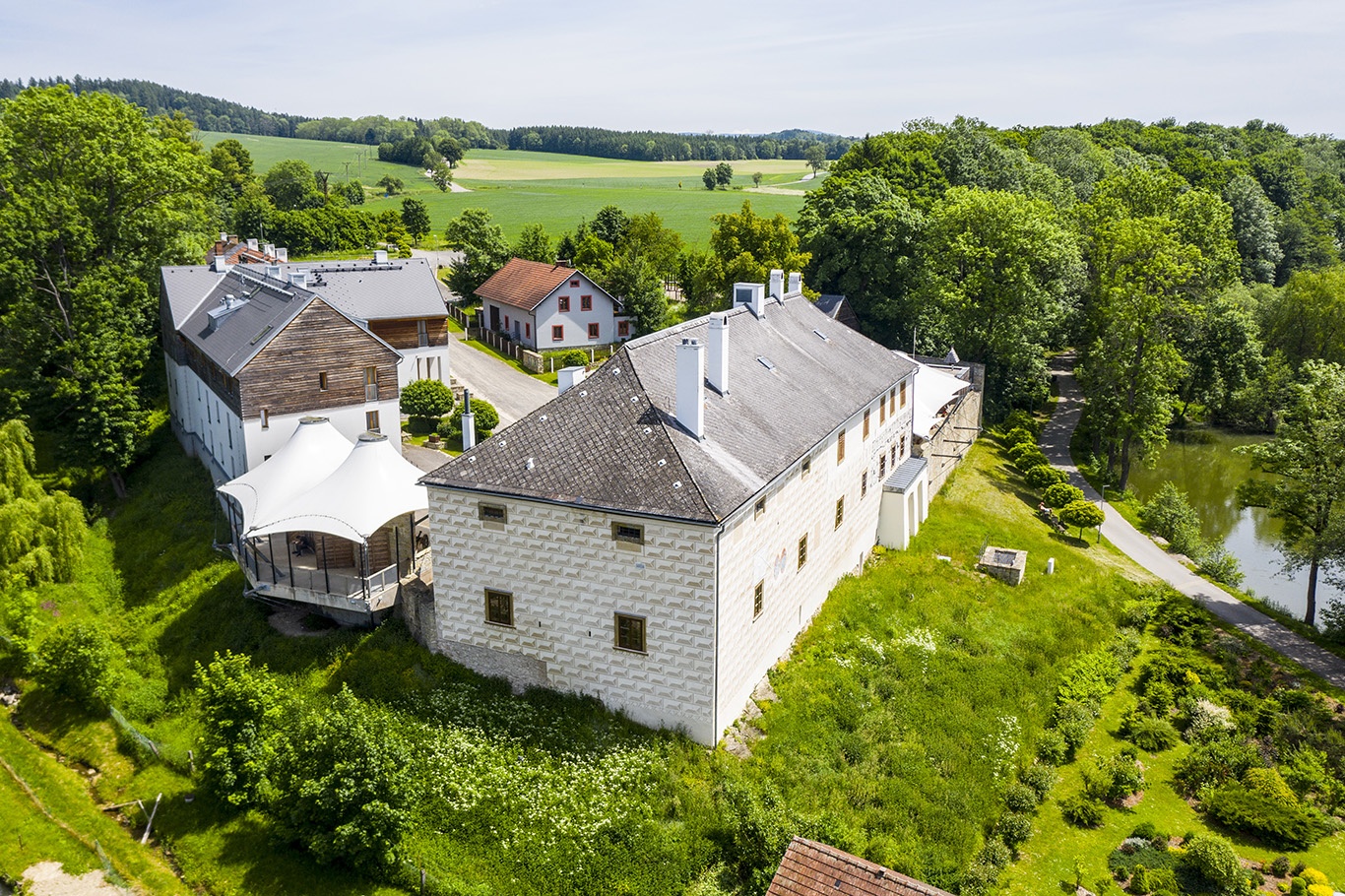 Surrounded by nature in the outskirts of the town Letohrad right next to a pond there is a mediaeval fortress Orlice. It was built at the end of the 13th century, later in the 16th century it was converted into a renaissance château. After an extensive reconstruction and some construction works between 2008 and 2011 the compound today is constituted by a historical building of the frotress with four guided tours and a four-star hotel with a restaurant, a mediaeval tavern and a wellness. A pond and a quarry belong to the fortress. The total area of the estate is almost 2 hectares + 8600 square metres. The fortress Orlice is situated in the district of Ústí nad Orlicí, approximately 170 kilometres from Prague.

Fortress Orlice is situated in the outskirts of a picturesque historical town Letohrad at the foothills of Orlické mountains. It was originally a gothic fortess, later rebuilt into a renaissance château. It served as a seat of nobility only until the 17th century, then it was used for farming purposes.
While the fortress went to ruin in the 20th century, in the 21st century it underwent an extensive reconstruction during which a number of historical unique objects were preserved. The building with precisously preserved construction elements of gothic, renaissance, baroque and classicism is today a cultural historical monument.

After the reconstruction interesting exhibition premises were opened to the public in the fortress that are primarily focused on the history and life in the fortress. Visitors can choose from four tours. Among the most valuable things one can see here a working book printer workroom, some precious mural paintings, an exhibition of stuffed animals, some undamaged vault dating back to the construction of the fortress, figurative sgraffito decorations and a maedieval cellar 400 years kept secret. It is also attractive to look underground with the help of video technology through an archeological drill hole.

During the reconstruction a four-star hotel was built opposite the fortress which thanks to its sensitive modern architecture fits into the historical compound of the fortress and makes it complete. The hotel offers accommodation in 23 rooms, 5 of which have VIP status for its luxurious equipment. All rooms have barrierless access or a lift. A comfortable wellness studio and a series of attractive premises used for private and company events belong to the hotel. Hotel guests (and the visitors of the fortress) can visit the hotel restaurant with a summer terrace and a stylish mediaeval tavern that is to be found in the cellar of the renaissance part of the fortress with a campfire on which all meals are prepared.

Fortress Orlice is situated in east Bohemia in an area popular with tourists. The fortress itself has become a searched-for trip destination and even in its surroundings there are some more touristic attractions-the historical town Letohrad itself, the church in Neratovice that was saved from demolition with its unique atmosphere, a well-known Masaryk cottage na Šerlichu or the dam Pastviny.

The compound of the fortress Orlice

The historical buildings of the compound are the fortress and a breakfast hall, the newly constructed buildings include the hotel, the carriage shelter, the stage, the terrace, the entrance gate, the courtyard and the stone walls. Next to the frotress there is a family house with a garden (with a five year old isolated housing and new windows) which offers itself to reconstruction into a wellness with a pool. The house is not a part of the purchase price but its purchase is negotiable.

Whole compound is equipped with six-year old facilities. They include wellness, a laundry, a preparatory room, a bar, a complete kitchen and some storeroom equipment, the furniture on the terrace and some exhibition showcases in expositions. In the fortress some valuable antiques are used (pictures, arms, furniture) to decorate the tavern, the comlumn hall and other rooms.

A pond and a small quarry belong to the compound.

The present owner of the fortress, the company EYWAN, Ltd. is offering the fortress compound for sale – the fortress, the hotel with wellness, the restaurant with the tavern, further the pond and the quarry. It is a sale of 100% share in the company EYWAN, Ltd.
Potential interested people can negotiate with the owner the sale of complete equipment of the historical compound (i.e. antiques for the purpose of decorating the rooms and collections of exhibits) and a family house within the compound, none of which is included in the purchase price. 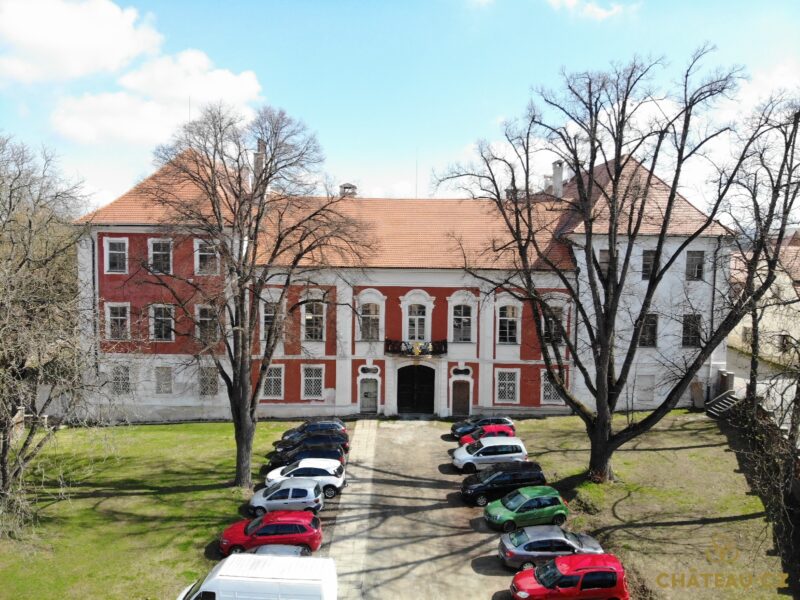 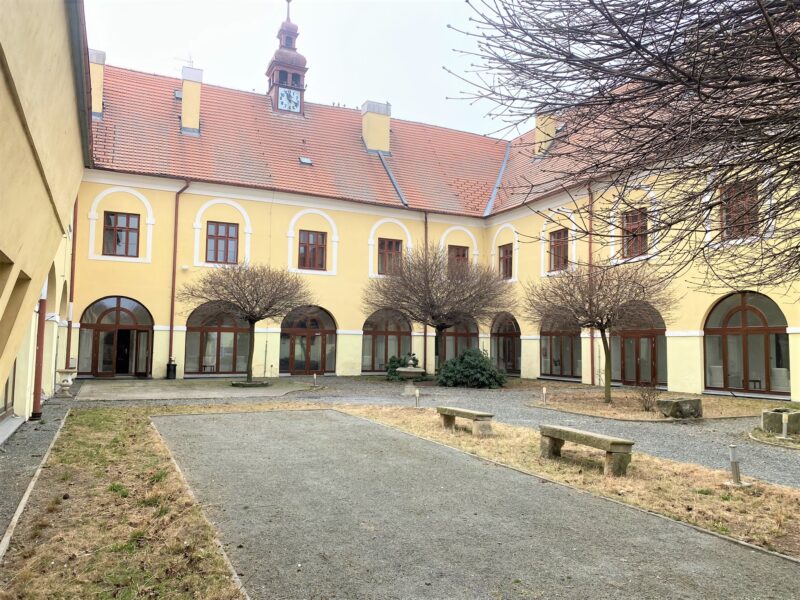 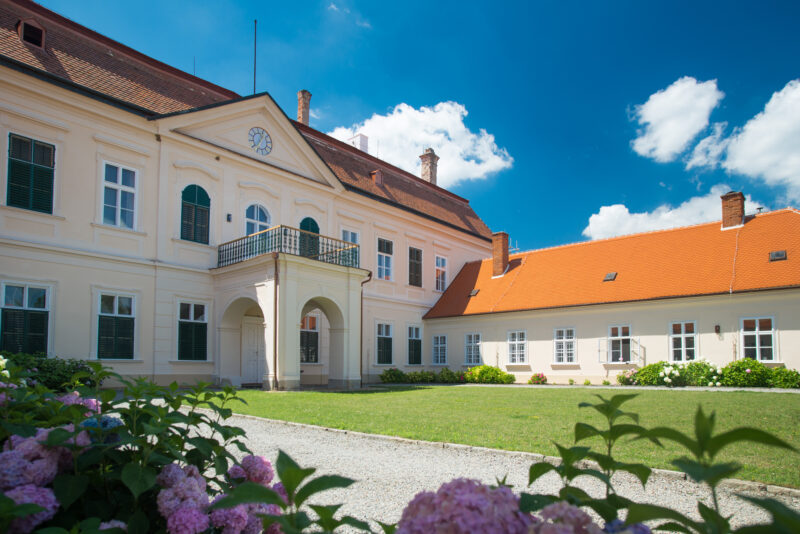